2. The Day of Return

2. The Day of Return 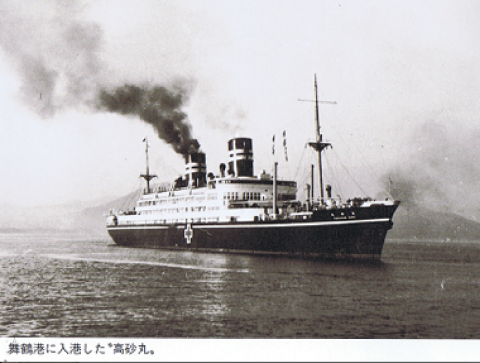 “Takasagomaru” coming into the port of Maizuru

Left: Returnees waving hands from the deck.  Right :“I am finally home!”-watching the mountains of Japan, the homeland,  that I dreamed about for years. 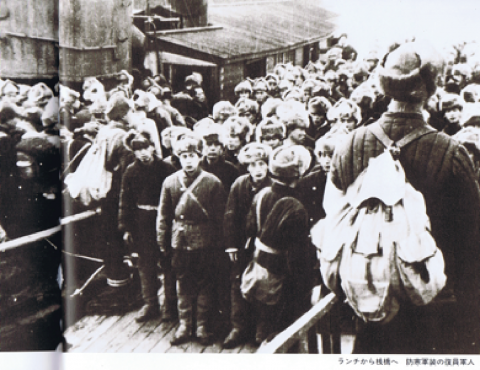 Repatriates in winter clothing stepping out to the pier 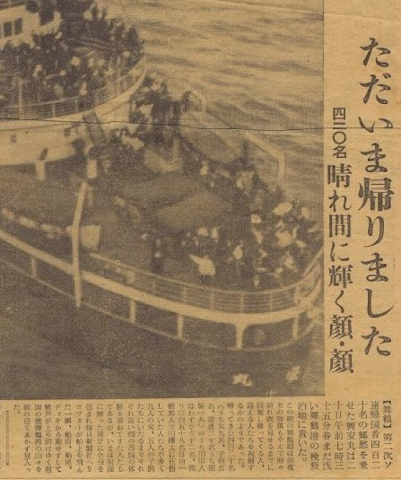 [from Maizuru] Koanmaru, the boat that brought 420 repatriates back from the Soviet Union as a second group came into the port of Maizuru at 7:35 am on the 20th in the air of early spring, where they would be staying at the prepared quarantine station. This morning, strong wind from typhoon went away, and sunny sky showed once in a while, as if there was a blessing for the returnees and their families who waited for them for a long time.Of 420 returnees, 62 were the former military personnel.Other 350 were general citizens who almost all resided in Sakhalin before.Among them, there were nine women and five children. They all came back after troubled experiences after the war ended. However, they were celebrating this joyous return. The moment our helicopter (Mainichi Daily Newspaper) flew around the top of their boat, a big shout of cheering rose unexpectedly from all the areas of the boat, the bow, stern, and the deck, and they were staring at the mountains around the port of Maizuru, the mountains of their own land, with tears in their eyes.

After Japan went out of the management of GHQ (the Allied Occupation in Japan) in 1952, the American army left the Maizuru Relief Beureau.Then it made it possible for the welcoming families and the citizens of Maizuru city to go inside the bereau freely.You can see them at the shore, waving hands and flags to show their welcome to the returnees.There is a big arch made to recognize and celebrate their return.Later, the arch like this was installed for many returnees to pass through in order to celebrate the first step into their homeland.

On Dec. 26 in 1956, “Koan’maru,” the very last boat back from Siberia came back.In the photo, you can find a flag that says, “Hiroshi Karakida.” A lot of people welcomed back their family members holding the flag like this, with the returnee’s name written on it.Returnees looked for such a flag in order to find their own families, and then they finally met in tears.

Mothers praying for the reunion with her son 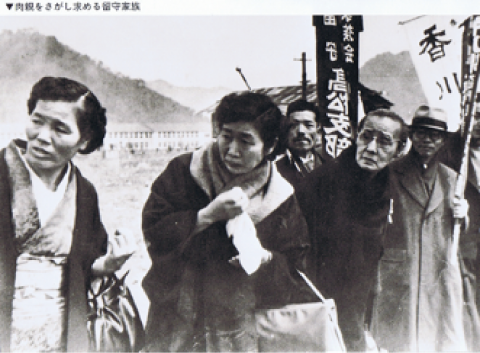 Families looking for their blood relatives 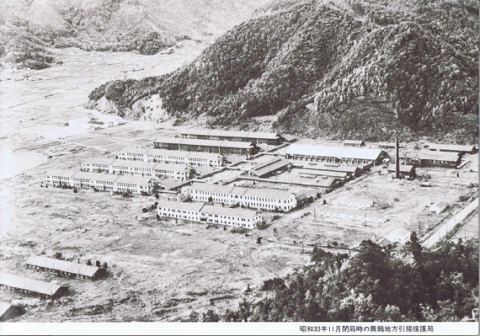 the Maizuru Relief Beureau at the time of closure in Nov. 1958

There were the returnees (former military personnel) from Siberia walking on the north pier. “Welcome home !” “Thank you so much for all of your troubles you went through!” As they read such words written on the welcoming tower, some went into tears. However, there were some who did not pay attention to it at all because they were heavily affected by Soviet’s communist education during their imprisonment. 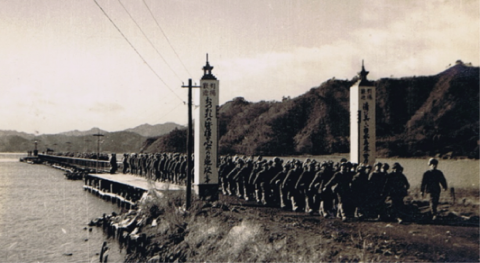 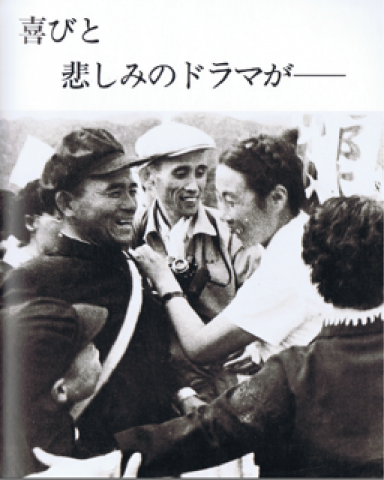 There were dramas of joy and sadness here…. 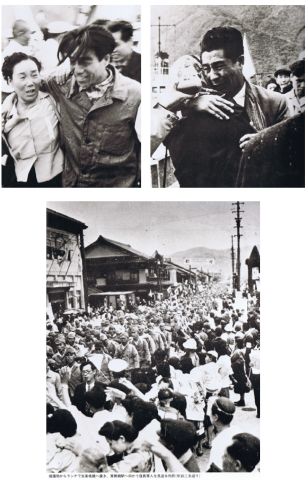 At the Sanjo street, citizens send off the returnees who came out of the Relief Bereau, heading toward Higashi Maizuru station to go home.